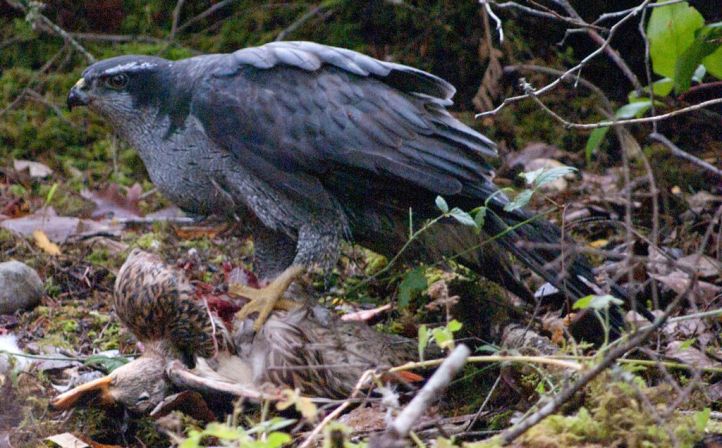 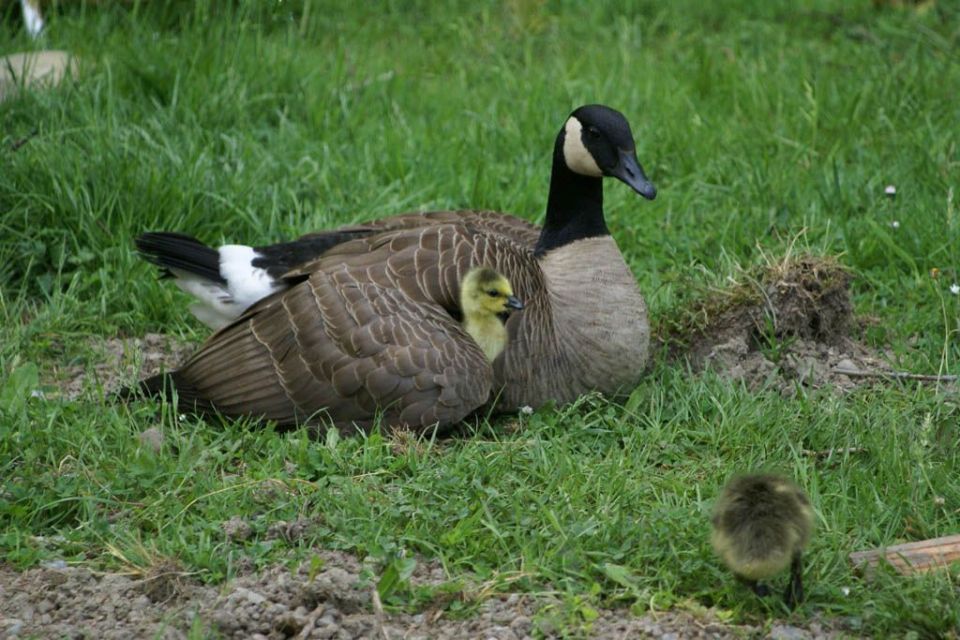 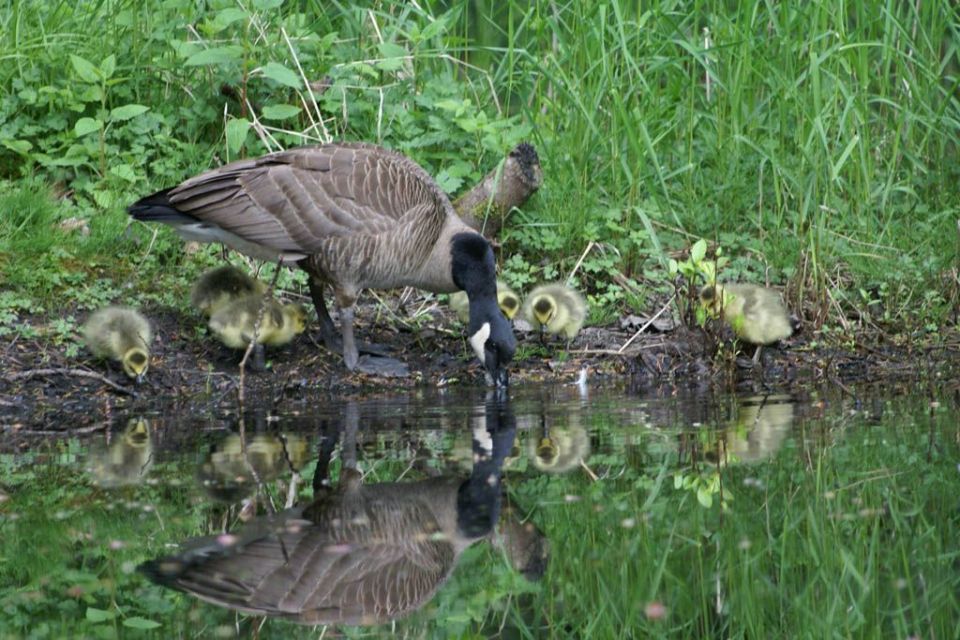 Nest Description:    Both male and female help build the remarkable hanging nest, a process that may go on for a month or more. The nest hangs up to a foot below its anchor point and has a hole in the side near the top that leads down into the nest bowl. The adults make a stretchy sac using spider webs and plant material, sometimes stretching the nest downward by sitting in it while it’s still under construction. They add insulating material such as feathers, fur, and downy plant matter and camouflage the outside with bits taken from nearby plants, including the tree the nest is built in. While the nest is active all the adults associated with it (the breeding pair plus helpers) sleep in it. The pair typically reuses the nest for its second brood of the season.

Nest Placement:    The male and female try out several nest sites by hanging spiderweb from mistletoe or other vegetation. Nest sites tend to be on branches or trunks of trees at any height from about 3 up to 100 feet.

“Partners in Flight estimates a global breeding population of 1.9 million with 67 % occurring in the US and 33 % in Canada.  They rely on large, standing dead trees and fallen logs… important to maintain these elements both for insect food… and… tree cavities.  Historically, Pileated Woodpeckers probably declined greatly with the clearing of the eastern forests but rebounded in the middle 20th century as these forests came back.”

This photo of the Common loon was taken by Carol McDougall on Apr. 24, 2014.  Carol and her husband, Ian, could hear the call from their dock on Prospect Lake.

“In the words of naturalist Sigurd Olson, the loon’s wild, laughing tremolo is ‘the sound that more than any other typifies the wilderness.'”

The Greater Scaup females were photographed on Oct. 18, 2014 – Carol and Ian had never seen them before. Carol’s birder friend used the relaxed head shape of the farthest Scaup to confirm identification, as [Carol] thought it might be a Lesser Scaup. 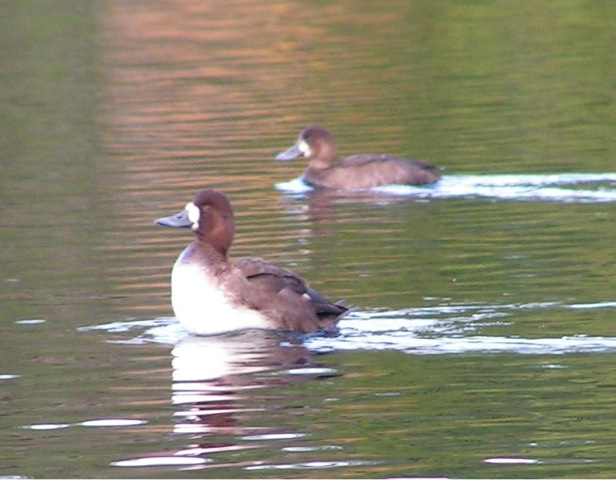 Both photos, the Common Loon and the Greater Scaup, were taken by Carol from a canoe on Prospect Lake, using a Konica Minolta 3.2 mega pixels with an 8x zoom; then cropped and enhanced with iPhoto.

Blog at WordPress.com. | The Designfolio Theme by Press Coders